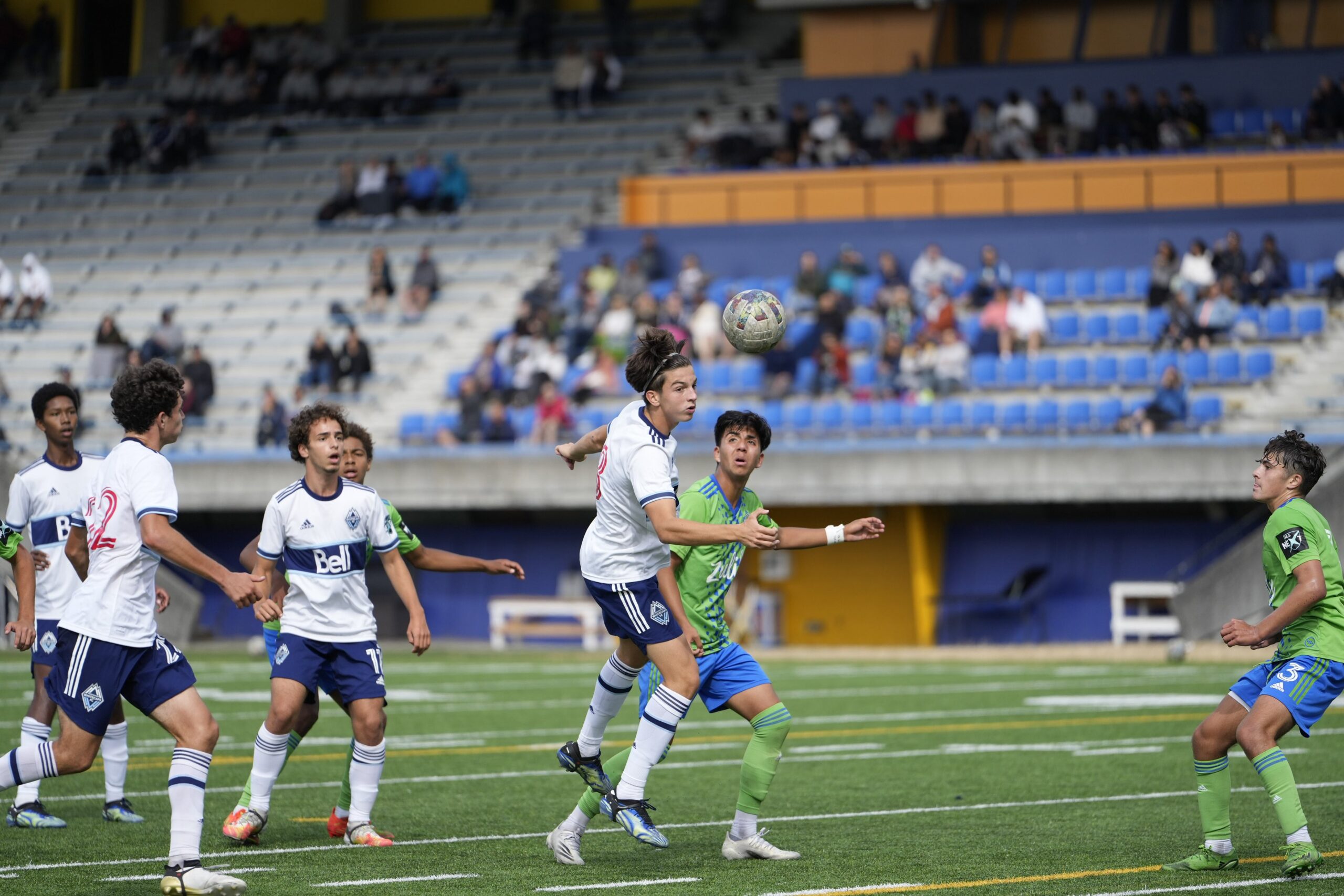 Major League Soccer is the most prestigious league in North America, with Canada being home to three MLS teams: CF Montreal, Vancouver Whitecaps, and Toronto FC. We are proud to announce that 5 Surrey FC players have been selected to the Vancouver Whitecaps FC Residency Program.

Whitecaps FC recruits players from BC, Alberta, Manitoba, Saskatchewan, and parts of Eastern Canada through the BC Soccer Premier League. To prepare for this unique opportunity and to identify local BC-based players as well as other Canadian talents across the territory, they use an extensive scouting network and player evaluation processes which help them find new talent that will become future stars for Vancouver’s team.

In addition to providing young players with the opportunity for development, Whitecaps FC has a U-13 program where they remain involved with their BCSPL club and train once per week with the club until they move into the full-time U-14 squad.

Whereas, Players at the U-14 age level are identified and selected through the BC Soccer Premier League (BCSPL) and BC Soccer Provincial Program. These talented players train four times per week with Whitecaps FC, learning the playing style and curriculum of the team.

At Surrey FC, we take a lot of pride in our youth development. The SFC pathway ensures players are developed and promoted throughout the 7 stages of development. Our coaches are dedicated to helping young players achieve their dreams of playing professional soccer. This year, we are excited to announce that 5 of our players have been accepted into Whitecaps programming in our inaugural PL Season.

“We are excited for not only the level of play displayed in our inaugural BCSPL season but to have pushed players on in the player pathway. We look forward to working with more talented and hardworking athletes over the years as our BCSPL program continues to grow.”

Surrey FC Coach Mark Jones and Coach/Technical Director Paul Bahia are both very excited about the opportunity to help develop these 5 rising players into professionals:

All five of these players have worked extremely hard in order to reach this level, and they are all committed to becoming the best players that they can be. We can’t wait to see what the future holds for them!

Surrey FC will be Hosting the U17 National Championships in Surrey, BC

Sent out every 3-4 months with important updates and information.

We acknowledge the financial support of the Province of British Columbia through the Ministry of Social Development and Poverty Reduction.

Surrey FC is situated on the unceded traditional and ancestral territory of the Kwantlen peoples. We express our gratitude and respect for the honour of playing, living, volunteering and working in this territory.

Get More of Us At: